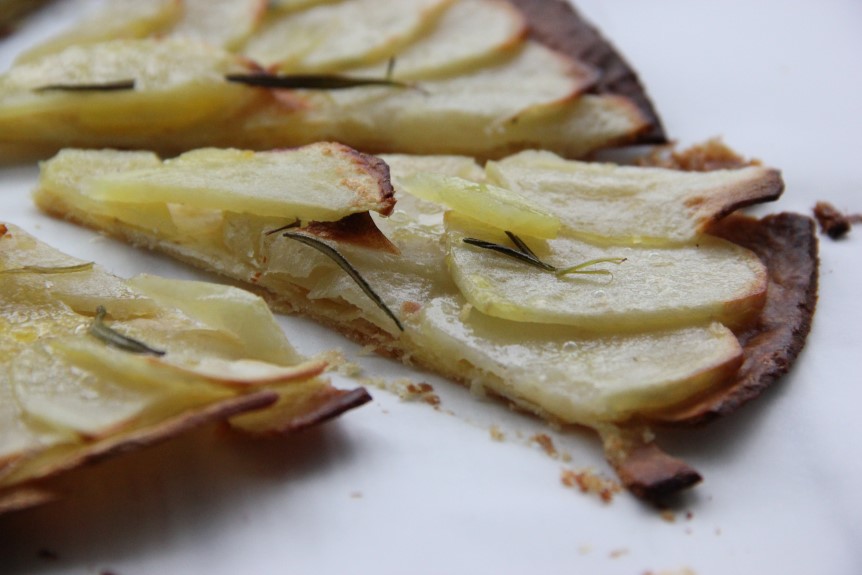 Slice the potatoes as thinly as you can before tossing in olive oil along with the rosemary.

Spread the potatoes in an even layer over the pizza base before placing in oven.

Cook for approximately 12 mins until the base is crisp and the potatoes golden. 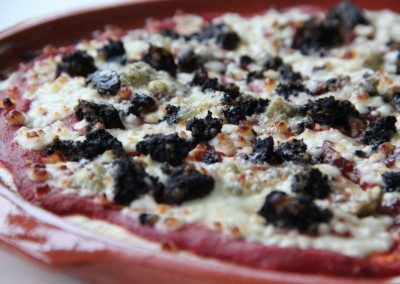 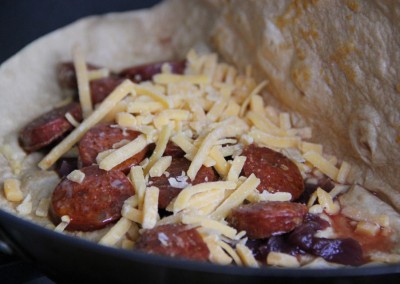 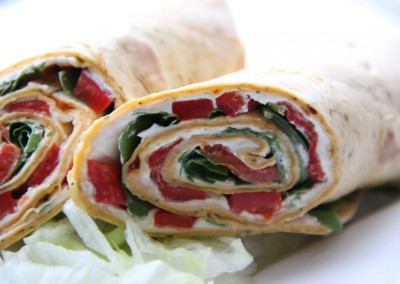 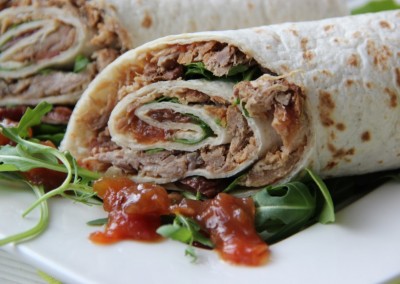